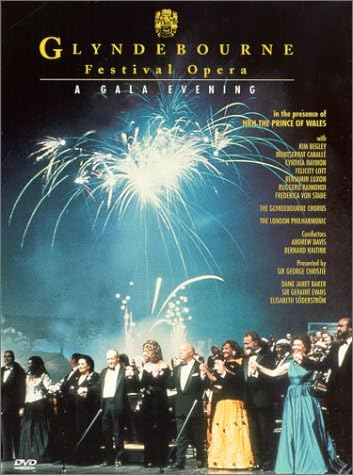 An historic occasion is preserved here, together with some unusually fine singing and orchestral playing. The last concert given in the historic Glyndebourne Opera House before it was torn down in 1992 to make way for a larger auditorium, this was an occasion for brief reminiscences by such stars of the past as Janet Baker, Geraint Evans, and Elisabeth Soederstrom, as well as music-making by Frederica von Stade, Montserrat Caballé, Felicity Lott, Ruggero Raimondi, and others. Those who recall evenings spent in that fine auditorium may treasure the video experience as much as the audio. The cameras capture some of Glyndebourne's atmosphere, the look of the stately old Christie mansion, and the rolling green fields where opera lovers would stroll in tuxedos and evening gowns carrying picnic baskets. Still, the music is the main attraction, and it is powerful. Among the most impressive performances are two arias from "i"The Barber of Seville: Frederica von Stade singing "Una voce poco fa" with brilliant ornamentation, and Ruggero Raimondi in a colorful treatment of "La calunnia." Montserrat Caballé gives a heartfelt performance of the "Willow Song" and "Ave Maria" from Verdi's Otello, and Lott captures all the subtle nuances in the last scene of Richard Strauss's "i"Capriccio. There are also virtuoso performances of a chorus from Stravinsky's The Rake's Progress and an orchestral interlude from Benjamin Britten's Peter Grimes. --Joe McLellan